Looking for help? Looking to make a change?

You’ve come to the right place

Don’t take our word for it: browse our community or register now to create your own free, personalized program. 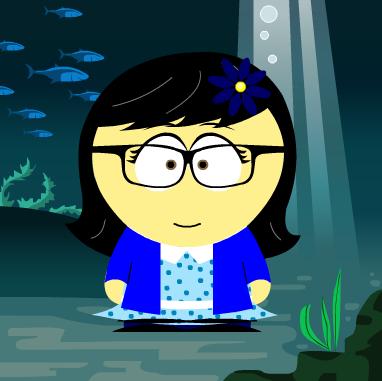 
Sometimes when its really quiet - like when in bed or just a very quiet room i can hear my ears ringing a bit - even though i haven't had any been near/listened to anything noisy prior to this.
Does anyone else notice the same thing? Is it anxiety related?
I don' think I have an ear issue as such, but get anxious about things like this. I find it really worrying because you can't get away from something like that because its in your head as such.
Just looking to see if this is common on how others deal with it.

Looking for suggestions and positive feedback. thank you.

Hi, sorry in advance if my post is a bit long – it’s the first time I’ve ever really written down about my experiences with anxiety and panic attacks – its kinda nice to just get it all out there.

I’m 24 – I had my first panic attack about 2 years ago – luckily for me I was at the medical centre when it happened. I was concerned over a swallowing problem I’d had for a few days and whilst standing in line I had dreadful problems breathing – it was so terrifying I thought I was going to die or something! the dr told me it was a panic attack
(
oh something I might also mention – about 1 or 2 years before this I actually did have a breathing problem – I think it was bronchitis or something – it started by feeling like the air was warm and stuffy and had difficulty breathing – I was given antibiotics at the time and mostly felt better by the end of it – but for a long time afterward I felt like it hadn’t entirely gone away. looking back I now wonder if the problem was exacerbated by panic/anxiety?)

the second one I remember was in a shopping centre and completely out of the blue – I don’t think it was that long after my first.For a while there were decent gaps between panic attacks and i'd think - 'oh its all good now' - then one would just come out of nowhere.
Then last year I had to catch a bus because of train track work – there were no toilets on the bus and I was feeling unwell- I felt so awful - i think I was hyperventilating for the whole trip– after I finally arrived at work I had the worst panic attack so far – I was hyperventilating so badly it took over an hour before I could go inside to work. luckily there weren’t many people in the office to notice.

I’ve been afraid of further panic attacks ever since my first, but much more since the bus incident. it seems to be a daily thing atm. Panic and anxiety seem to affect me more than ever at the moment – when at the movies, public transport, in the car with others, driving others etc – even at home watching tv. breathing problems seems to be the main problem – that and almost constant tension in my neck and shoulders. tightness in the throat is another one which worries me - also in recently I’ve experienced new symptoms I hadn’t felt before – hot flushes and tightness in the chest being the most terrifying.

I’ve borrowed/read numerous books on panic and anxiety, listened to cds of relaxation and hypnotherapy, been taking St John’s Wort, herbal teas, rescue remedy, and now that new all natural ‘anxiety aid’ from the chemist – yet I don’t know how much any of this has really helped because its still very anxious – even as I’m writing this I can feel the tightness in my chest.

I haven’t been to the doctors since that first panic attack– but from reading some of the posts on the forum I guess I probably should – it sounds like proper medication can be helpful.

I guess I just wanted to try to handle it myself, but its just been getting worse and worse. its really affecting my life – I seem to be making excuses not to do things, go places in the hope of feeling ok.. – even simple things like going to the movies (which I used to love as I’m a real film buff) I struggle with the breathing difficulties that seems to accompany most visits.

so that’s me. sorry for boring you with my anxiety life story!

I’m really going to try to work through this program – some blessed relief from anxiety and panic would be very much welcomed!

also it’d be nice to have people to chat to who are having similar experiences and who have had successes – it can be hard talking to family or friends when they have no idea what you’re going through.
thank you :)

Thank you for the responses - looking forward to getting into the program :)


I'm a huge movie buff - that's mainly what everyone knows me for - although these days going to the cinema isn't exactly a relaxing experience...
Here's a mix of some of my fav films to watch that really cheer me up/make me laugh (old and new):
I'm 24 - but its the classics that do it best - not so dark and gritty back then, lots of current films try to 'out grit' each other.
There'd be a lot more - but thats just a few for now.
Oh also - if you want a good laugh to take your mind off things - I find Dylan Moran's standup comedy dvds such as 'Monster' and 'What it is' are really great!


The first time I had problems swallowing it was like that for a few days - I haven't had it as bad as that first time since then, but sometimes I get a sort of tightness in my throat as if someone is pressing on the outside of my throat - or like there's something there, and feels like i'd struggle to swallow things properly.
Oh I always have water with me too! i want it there to help if something gets 'stuck'.
I've had a couple of bad experiences swallowing things - meats etc - and at dinner my mum often has a bit of a coughing/smi-choking thing which doesn't help my fear of choking! so now i chew certain types of food (meats, long pasta) waaaay more than the average person to make sure it goes down right.
I hate the fact simple things like eating out with friends or co-workers can now make me anxious and can affect my throat etc- I've even avoided a couple of outings to avoid this (which i know i shouldn't do...)
I'm not yet at the stage where i can simply shrug the feelings off, although I hope one day i will - like back in the old days *sigh*


Also - does anyone here ever have trouble with their jaw? i've found when i wake up the following day after being really stressed (like i was yesterday) sometimes my jaw goes out of alignment and gets 'clicky' - usually i can lie on my side and it eventually seems to get back in alignment, but today its so bad i can't move my jaw properly to eat.
Thankfully it doesn't happen all the time, but enough to be an issue. :(